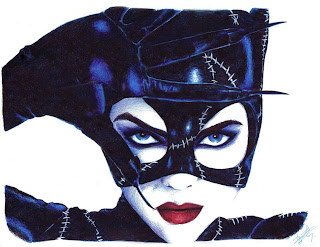 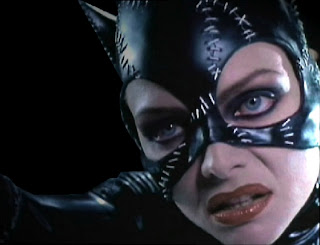 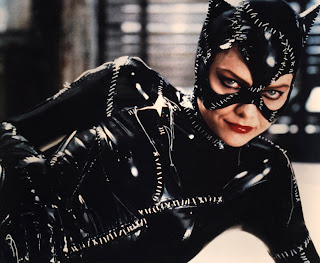 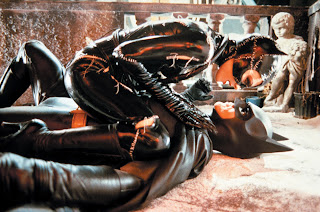 Michelle Pfeiffer became the first movie star to take up the mantle of the Catwoman.  She did it in the dreadful, "Batman Returns" movie, which some people see as the beginning of the end for the original Batman series.

However, Michelle Pfeiffer as Selena Kyle and the Catwoman was marvelous.  At the time they were planing on a catwoman movie, but it took 12 years to get it off the ground and by that time, Michelle Pfeiffer was no longer attached, and there would be another Catwoman... who you will see in the next entry.
Posted by Unknown at 7:35 PM

Check Me out on these pages